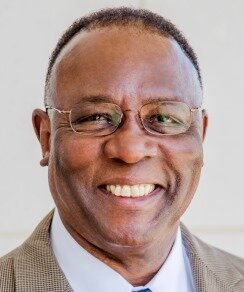 James D. Anderson is dean of the College of Education, the Edward William and Jane Marr Gutgsell Professor of Education, and affiliate professor of History, African American Studies, and Law at the University of Illinois Urbana-Champaign.

In 2021, Anderson was elected to the American Academy of Arts and Sciences, one of the oldest honor societies in the nation. He was sworn into the Board of Trustees at Stillman College in Tuscaloosa, Alabama, and inducted into the Stillman College Educator Hall of Fame—both in 2020.

Additionally, the AERA awarded him a Presidential Citation in 2020, its highest award. In 2012, Anderson was selected as a Fellow for Outstanding Research by the AERA and received the Lifetime Achievement Award from the American Association of Colleges for Teacher Education. Anderson was also elected to the National Academy of Education in 2008.

His scholarship focuses broadly on the history of U.S. education, with a subfield on the history of African American education. Anderson’s seminal book, The Education of Blacks in the South, 1860-1935, won the American Educational Research Association outstanding book award in 1990.

From 2006 to 2016, Anderson served as senior editor of the History of Education Quarterly. In 2016, he was awarded AERA’s Palmer O. Johnson Award for best article. He served as an adviser for and participant in the PBS documentaries School: The Story of American Public Education (2001), The Rise and Fall of Jim Crow (2002), Forgotten Genius: The Percy Julian Story (2007) and Tell Them We Are Rising: The Story of Black Colleges and Universities (2018).