Associate Professor of African American Studies and Gender & Women's Studies, Dr. Karen Flynn, has received two awards for her article entitled, “Hotel Refuses Negro Nurse”: Gloria Clarke Baylis and the Queen Elizabeth Hotel. The abstract for this article can be read below:

On 2 September 1964, one day after the Act Respecting Discrimination in Employment was introduced in Quebec, Gloria Clarke Baylis, a British-trained Caribbean migrant nurse, inquired about a permanent part-time nursing position at the Queen Elizabeth Hotel (QEH). In response, she was told that the position had already been filled. Less than a year later, Gloria appeared as the key witness in Her Majesty the Queen, Complainant v. Hilton of Canada Ltd., Accused, to determine whether the QEH violated the new legislation. Drawing on excerpts from the court transcript, this article expands and complicates intersectionality as a theoretical framework to include other markers of difference. Critical to this discussion are two interrelated concerns: first, the connection between Gloria’s experience at the QEH and Black women’s historical relationship to nursing; second, how her subjectivity and identity influenced her decision to pursue the lawsuit.

The purpose of the Hilda Neatby Prize in Women’s and Gender History, awarded since 1982 by the Canadian Committee in Women's and Gender History (CCWGH) at the Annual Meeting of the Canadian Historical Association, is to encourage the publication of scholarly articles on women’s history in Canadian journals and books. Two prizes are awarded, one for the best article in English, the other for the best article in French. Any academic article published in Canada and deemed to make an original and scholarly contribution to the field of women’s history is eligible. Dr. Flynn received the award for the best English article, about which the Canadian Historical Society said,

Karen Flynn’s essay is a critical and illuminating history showcasing the experiences of Gloria Clarke Baylis, a black nurse who experienced workplace discrimination. On 4 September 1964, Baylis applied for a job advertised by the Queen Elizabeth Hotel in Montreal for a registered nurse only to be told that both the full and part time nursing positions had been filled after meeting the hotel’s manager. The lawsuit that ensued was based on evidence showing that Baylis was refused the positions based on her race. Using feminist and historical methodologies, Flynn expertly constructs a narrative that weaves black women’s workplace experiences into a broader history of human rights case law, immigrant work lives, and nursing history. Gloria Clarke Baylis’ fight for dignity and respect, and against discrimination demonstrates the deep racist roots permeating the mid-1960s work force. Flynn’s work offers a much needed and provocative insight into how race, gender, and power underscored gender and labour in Canadian history.

The purpose of the Mary Adelaide Nutting Award for Exemplary Historical Research and Writing is to recognize outstanding research and writing produced by an experienced scholar or student in nursing history who submits, most often, a post-doctoral research manuscript or article. 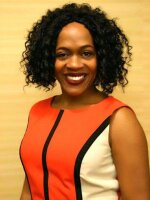